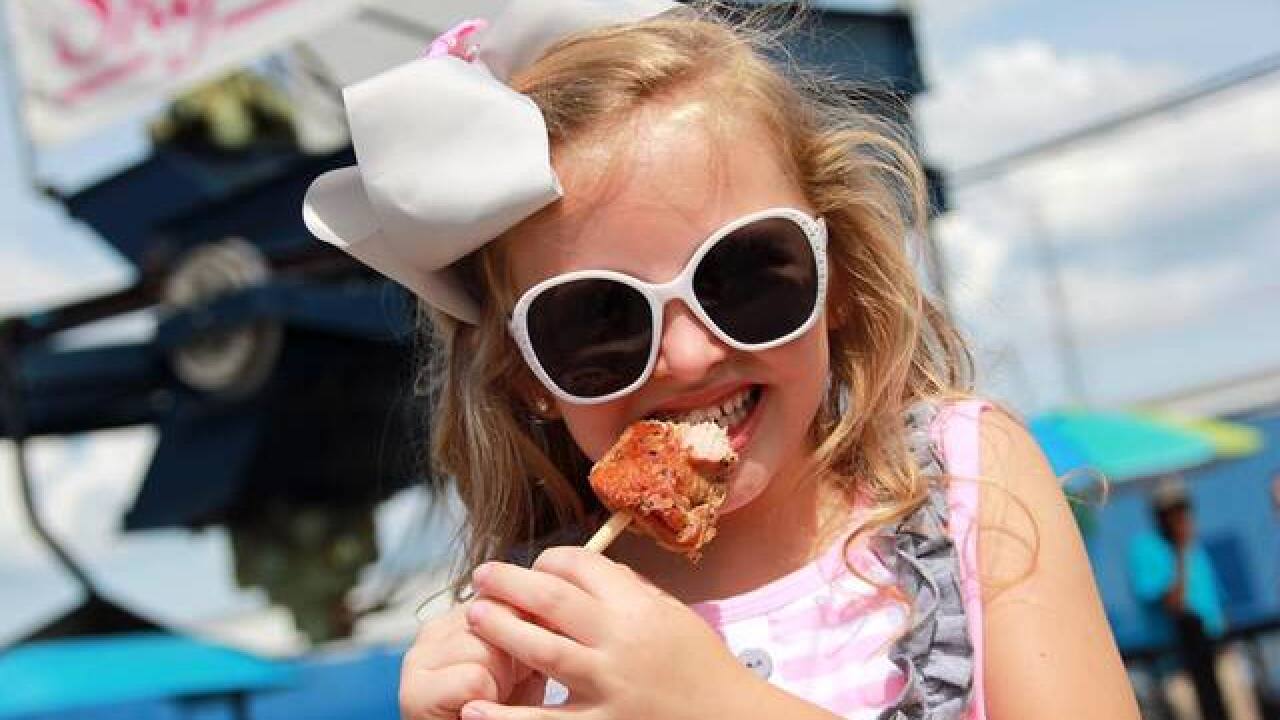 The Wisconsin State Fair opens Thursday, and officials are working to ensure a great eleven days. Here's what you need to know before heading to the fair:

"You can only make right turns into the Fair Park," Kristi Chuckel, Communications Director for the Wisconsin State Fair. "That's for their safety."

Because of the construction, the 84th Street exit could cause some problems for those traveling from the west.

"If you're heading east on I-94 or coming from 894 or 45/41 heading eastbound, you will not be able to exit on 84th Street," Chuckel said. "You will be able to exit westbound. Just take that into consideration. You can use the exit before and get off on Highway 100 or go further east to 68th street or 70th street exit."

Chuckel says the Zoo Interchange project will cause the usual headaches but says, people should be aware of traffic patterns.

For more information on traveling to the Fair Park, you can find it on the Wisconsin State Fair Park website.

Before people park themselves in the Exposition Center with a cream puff, they need to park their vehicles.

Parking at the fair can be troublesome too. It's $10 for cars and only five dollars for motorcycles so it's pretty affordable.

Chuckel says on an average day, they can expect anywhere from 60,000 to 70,000 people and they only have a few thousand parking spots.

"There is parking in the neighborhood," Chuckel said. "So a lot of people choose to do that as well. That's not regulated by us, but a lot of people like to park cars in their yards and things like that."

For Lynne Mallak, it's something she's done for the last two decades.

"It's fun," Mallak said. "You get to know your neighbors if you don't already and meet all kinds of crazy people."

Mallak says her lawn fills up in about a half hour to 45 minutes and she can fit about a dozen cars. However, other places might as well paint lines down for the number of cars they can park on their residence.

Tommy Giljohann isn't new to the parking game. He's been doing it his whole life. In fact, his family has been doing it for four generations. His mother, grandparents and great-grandparents all lived in this house near Schlinger and 84th. Every summer, they open their large, horseshoe driveway and lawn to families looking to park for the Wisconsin State Fair.

"It's all about the people who park here," Giljohann said. "We've been having people park here for decades that loved my grandparents. They know my mom and now they park with me."

Giljohann says they don't try to gouge people with prices either. He charges $15 and it doesn't change depending on whether parking at the fair is filled.

Yes, he makes a couple extra dollars doing it but it's all a part of the experience for him. However, this will be the last time Giljohann or anyone in his family parks cars at this home. A "For Sale" sign is firmly planted in the front yard and this time next year, someone else will likely be parking cars in the yard. So, this is a bit bittersweet for him.

"I love parking the cars," Giljohann said. "I love the customers. Like I said, we've known people for ages but it's time for our family to move on unfortunately. Then I'll get to enjoy the fair myself."

Those with concerns about parking can find other ways to get to the fair as well. Chuckel says there are several shuttles that run to the fair park from Milwaukee County, Waukesha and Washington Counties. For more information on the shuttle services, visit the Wisconsin State Fair website.