While on air, 'American Idol' winner and runner-up announce they are a couple 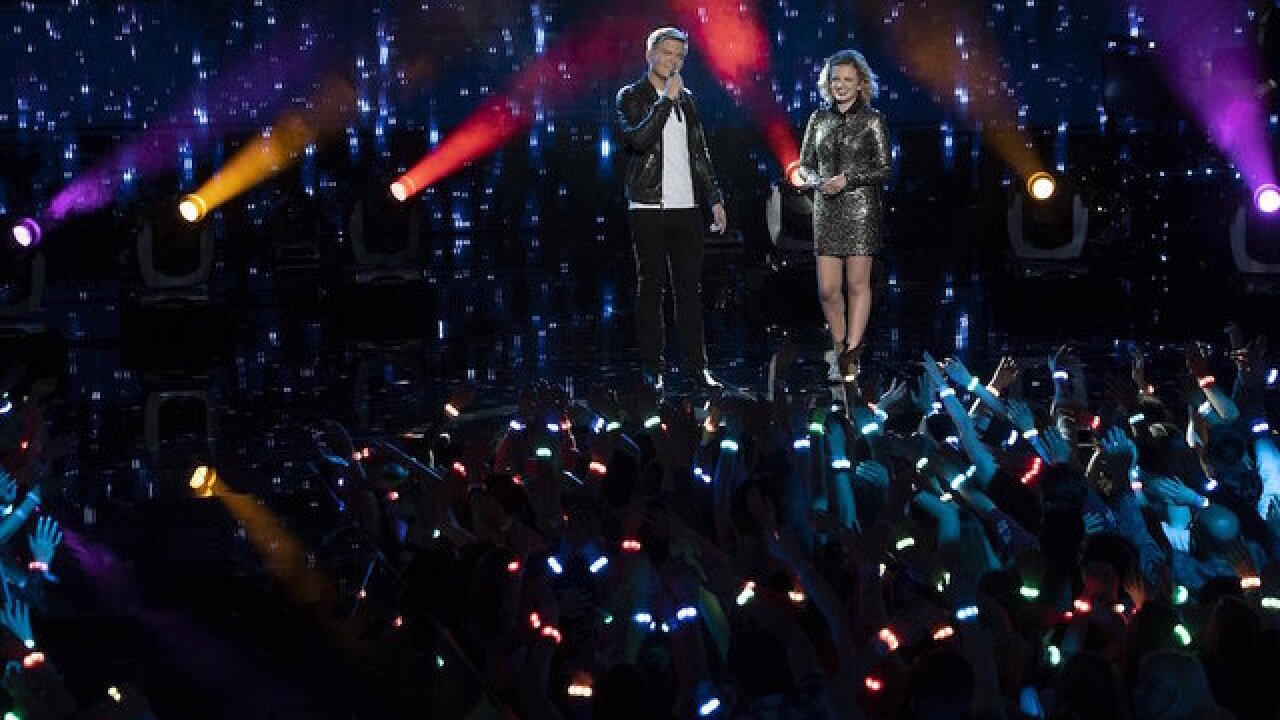 There was love in the air during the "American Idol" finale Monday night, and not just from fans rooting for their favorites.

It was revealed that the final pair of contestants, Caleb Lee Hutchinson and Maddie Poppe, are dating.

Poppe, a 20-year-old singer-songwriter from Iowa, claimed the Idol title over her 19-year-old beau, who is a musician from Dallas, Georgia.

Hutchinson congratulated his girlfriend in a tweet that excitedly proclaimed, "MY GIRLFRIEND WON AMERICAN IDOL!!!"

"No one deserved it more than you, babe," he wrote. "I am honored to know you and even more honored to call you mine. Don't forget about me. I love you."

It was a first finale for the show since ABC revived the former Fox franchise.

Jimmy Kimmel even got into the excitement, doing a "Where Are They Now" segment with on his late night show with former Idol contestants.

But it was Hutchinson's declaration that he and Poppe were in a relationship -- after host Ryan Seacrest teasingly asked if the singer would be able to duet with Poppe -- that had the audience screaming.

"I've known her since the beginning of Hollywood Week, and you know, she...she actually happens to be my girlfriend," Hutchinson said.

The couple then performed a medley of "Somewhere Over the Rainbow" and "What a Wonderful World."

Their duet was like a Disney movie ending, which makes sense given that Disney is ABC's parent company.