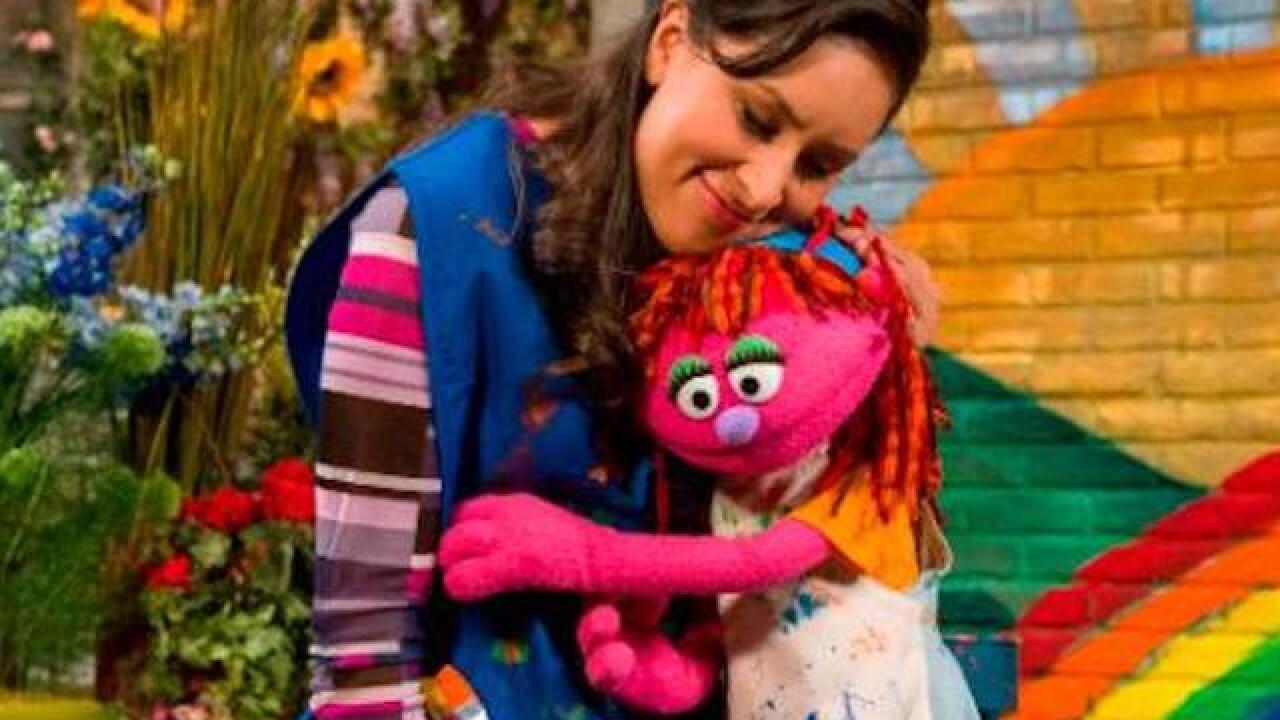 For the first time, a resident of "Sesame Street" is experiencing homelessness -- and the hope is that her story can help sweep the clouds away for the growing number of young children in the United States without homes to call their own.

Lily, a 7-year-old bright pink Muppet, was introduced to the world in 2011. She was originally described as being food-insecure because her family lacked consistent access to food.

Now, "Lily is the first Muppet we've created whose storyline includes that she is experiencing homelessness," said Sherrie Westin, president of global impact and philanthropy for Sesame Workshop, formerly Children's Television Workshop, which is the nonprofit behind "Sesame Street."

In new online videos, stories and resources, Sesame Workshop has expanded Lily's storyline to include that her family has lost their home and now must stay with friends. This homelessness initiative launched Wednesday as part of Sesame Workshop's Sesame Street in Communities program.

"When Lily was first launched, she came out as part of the food insecurity initiative. So she's not brand new, but this seemed like a really perfect extension of her story, so that we could use her to help children identify with," Westin said. "With any of our initiatives, our hope is that we're not only reaching the children who can identify with that Muppet but that we're also helping others to have greater empathy and understanding of the issue."

Although her journey with homelessness will not appear in televised episodes of "Sesame Street" at this point, she will be in separate videos and materials in the initiative.

"The goal is really to give service providers, parents, teachers tools in order to address homelessness with children, in order to talk about it and raise awareness of the issue from a child's perspective and also to help children experiencing homelessness feel less alone," Westin said.

'Humanizing the experience of homelessness'

A report released last year by the US Department of Housing and Urban Development revealed that homelessness is increasing across the country, with 553,742 people nationwide homeless on a single night in 2017, an increase of 0.7% from the previous year.

About 1 in 20 children younger than 6 experienced homelessness in 2014 to 2015, according to a report released last year by the US Administration for Children and Families.

During the 2013-14 school year, more than 1.3 million homeless children and youth were enrolled in public schools, according to the US Department of Education.

However, in general, the exact number of homeless youth in America remains a mystery.

"Numbers are always trouble," said Megan Hustings, interim director of the National Coalition for the Homeless.

The number of young people who have experienced homelessness varies depending on age, time frame and how homelessness is defined, but between 500,000 and 2.8 million youth are thought to be homeless within the United States each year, according to the Interagency Working Group on Youth Programs.

Lily's story as a Muppet serves as an example of how homelessness has become a growing issue in America, said Hustings, who has no relationship with Sesame Workshop.

"It's like, wow, we've gotten to this point where this era of homelessness has become so common and so entrenched that it begs a character on 'Sesame Street' to help children understand what they're seeing in their communities," Hustings said.

"But we know that 'Sesame Street' is coming from a place of education and really wants to build awareness and understanding of all of our community members, despite differences, which is really amazing," she said.

Highlighting Lily's experiences with homelessness can positively impact the way children today think about homelessness and people in poverty, said Rashmita Mistry, a professor of education at the University of California, Los Angeles, who is not involved in Sesame Workshop.

"Humanizing the experience of homelessness is especially important because families with young children and school-age children make up a sizable proportion of the homeless population, especially so in urban communities where there's high cost of housing, a tight housing market and limited rent control along with low and non-sustainable wages," she said. "Homelessness is also a much more varied experience than living on the streets and -- as defined by the Department of Education -- includes living in a car, a motel, a shelter and doubling up with friends. Yet this is a group we often do not talk about."

Other Muppets making a difference

Since "Sesame Street" launched in 1969, it has established a reputation for inclusion with its characters.

Julia was already popular in digital form when Sesame Workshop launched its nationwide initiative "Sesame Street and Autism: See Amazing in All Children" in 2015, which offers resources for families on how to talk about autism and support the autism community.

Kami, the 5-year-old yellow Muppet, is often shown laughing, playing and linking arms with her friends. Her storyline provides basic knowledge of HIV and destigmatization and teaches children how to cope with loss.

At the time she was introduced, "one in seven children in South Africa was affected by HIV and AIDS. They were either infected themselves or had lost a parent," Westin said. "We created the first preschool curriculum, and in that, we created a character so that Kami would help destigmatize HIV and AIDS, to help break down that culture of silence."