Dads Adopt Their Infant Son Over Zoom During The Pandemic 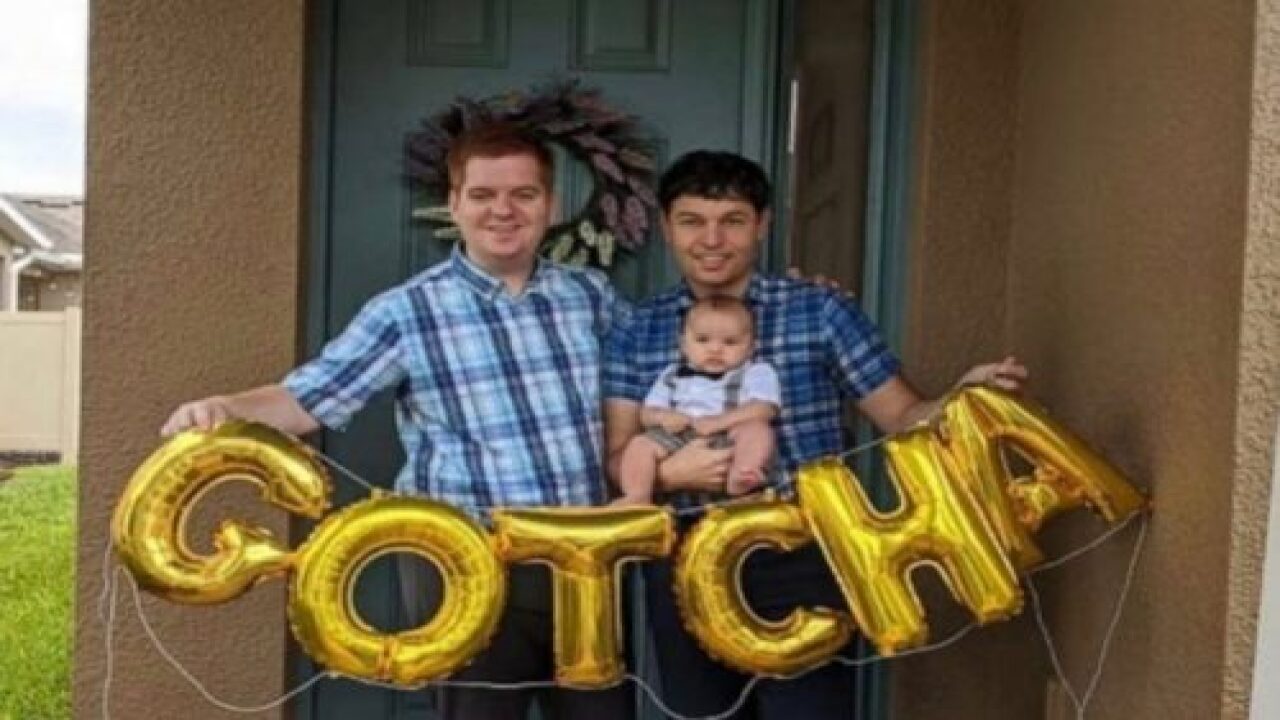 The pandemic has forced us to take many aspects of our lives online. By now, we’re all used to managing distance learning for our kids and doing video calls with friends and colleagues. We’ve even seen the media coverage of virtual weddings. But this latest may surprise you.

A Florida couple recently became parents over Zoom. Anthony Lach and Chris More were preparing to adopt their baby on April 15 when the pandemic caused courts to temporarily halt all adoptions. In early May, they learned that the court was conducting adoptions online and, on May 14, they were able to formally adopt their son, Parker Terrence Lachmore, via a Zoom call.

Parker was born on Dec. 31, 2019, in Arizona and his dads-to-be learned at that time that a traumatic birth meant he’d be spending some time in the NICU. The Orlando residents immediately flew to Arizona to be with him, but because they had not yet signed adoption papers, they were unable to get a lot of information about his condition.

After signing the papers, they were finally able to visit their baby boy in the NICU. Miraculously, Parker made progress much more quickly than doctors expected and he was able to go home to Florida with his dads on Jan. 13.

@sheriffantony and I are so thrilled to welcome Parker Terence Lachmore. It’s been a whirlwind 2020 so far, and with the passing of my father last month, I truly feel Parker is a special gift from him, looking down on us from up above. For this reason, Parker took my Dad’s name as his middle name. Parker was born on 12/31/19 and has spent the last 12 days in the NICU. He has been our little fighter and he is now ready to begin his lifelong adventure with us, starting our little family. We will be returning to Florida with Parker very soon, and we can’t wait for all our family and friends to say hi to our little guy. This is the start of our biggest adventure yet… parenthood! #babyparker #lovemore #newborn

Although they had initially planned a large, in-person celebration following the adoption ceremony that was originally slated for April, the new parents adapted to the times, marking the occasion with a four-dozen car parade instead.

“We live in such a dark time, but there was so much light on that day, it was just amazing,” Lach told “Good Morning America.” “For me, being a dad is something I’ve dreamed of since I was very little. My mom raised me in a single-family household and I always vowed that I was going to  be a dad and be the best dad possible.”

More, too, was overjoyed to become a dad and took to Instagram to announce Parker’s official adoption:

@sheriffantony & I are so pleased to announce that Parker's Adoption Hearing is happening this Thursday, May 14th 2020. The hearing will take place virtually, with the Judge joining us via Zoom. After the hearing we would LOVE to celebrate the offical forming of our new family with a Drive-By 'Gotcha Day' Celebration outside our house. If you would like to come and drive by to see Parker, Anthony and I, then please private message us or comment below and we will invite you to the private event Facebook page with our address. We are so excited for this very special little guy to officially become a Lachmore! #gotchaday #adoptionday #babyparker

“@sheriffantony & I are so pleased to announce that Parker’s Adoption Hearing is happening this Thursday, May 14th 2020,” he wrote the alongside an adorable photo of Parker sporting overalls emblazoned with the cheeky message, ‘It’s my gotcha day.'” “The hearing will take place virtually, with the Judge joining us via Zoom.”

He went on to invite friends and family to the drive-by celebration. Here’s the whole  happy family on the big day:

We are so happy to share our story with Good Morning America. We felt it was important to spread the love and light in this dark time. Check it out at @goodmorningamerica #adoption #babyparker #love #family

“We are so excited for this very special little guy to become a Lachmore!” he added at the end of the post, referring to Parker’s last name, which is a combination of his dads’ last names.

Parker has now recovered from his medical complications and is happy and healthy. What a sweet story! Congratulations to the whole family.