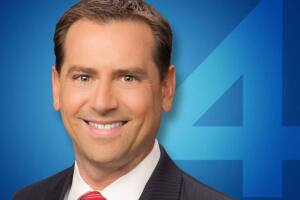 Vince Vitrano is an Emmy award winning reporter and anchor with TMJ4. Vince joined the station in the spring of 2000 as a general assignment reporter and is now the anchor of 'TMJ4 News Today.' He is also frequently featured on WTMJ Radio.

Vince’s work as a reporter and anchor have earned him numerous honors from the Associated Press and the Milwaukee Press Club, as well as the 2018 Wisconsin Broadcasters Association award for Best Social/Digital Media Personality, and a 2015 Chicago Midwest Regional Emmy.

Vince was born in Milwaukee and grew up in Wauwatosa, graduating from Tosa East High School. He has a degree in Communication from St. Norbert College in De Pere, Wisconsin. Vince's wife, Nicole, is originally from Cedarburg. The two are proud parents of Ella, Max, and Olivia.

If you have a story idea, drop Vinny a line at Vince.Vitrano@tmj4.com