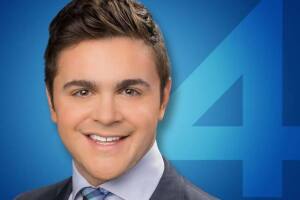 Pete Zervakis anchors 'TMJ4 News Today' at 4:30am every weekday on TMJ4.

He originally joined the TMJ4 team as a reporter in January 2016, and is thrilled to still be living in Milwaukee.

Before moving to the Brew City, Pete worked as a reporter at WKOW-TV in Madison. He also spent two and a half years reporting and anchoring at WXOW-TV in La Crosse.

During his time in southwestern Wisconsin, Pete was recognized by the Wisconsin State Bar Association for his wall to wall coverage of the month-long, double homicide trial of Eric Koula. He also received a Wisconsin Broadcasters Association award for his part in WXOW-TV's coverage of La Crosse County's growing heroin problem.

Before moving to Wisconsin, Pete interned at WLS-TV in Chicago, as well as at WCBS-TV in New York City and WCIA-TV in Champaign, llinois.

Outside of the newsroom, Pete is an active member of the Annunciation Greek Orthodox Church in Milwaukee. He also remains involved with the Chicago-based PanHellenic Scholarship Foundation, which awards academic scholarships to Greek-American students.

Pete can always be found cheering on his beloved Fighting Illini sports teams and, as a former soccer player, is a huge fan of English Premier League squad Chelsea FC.