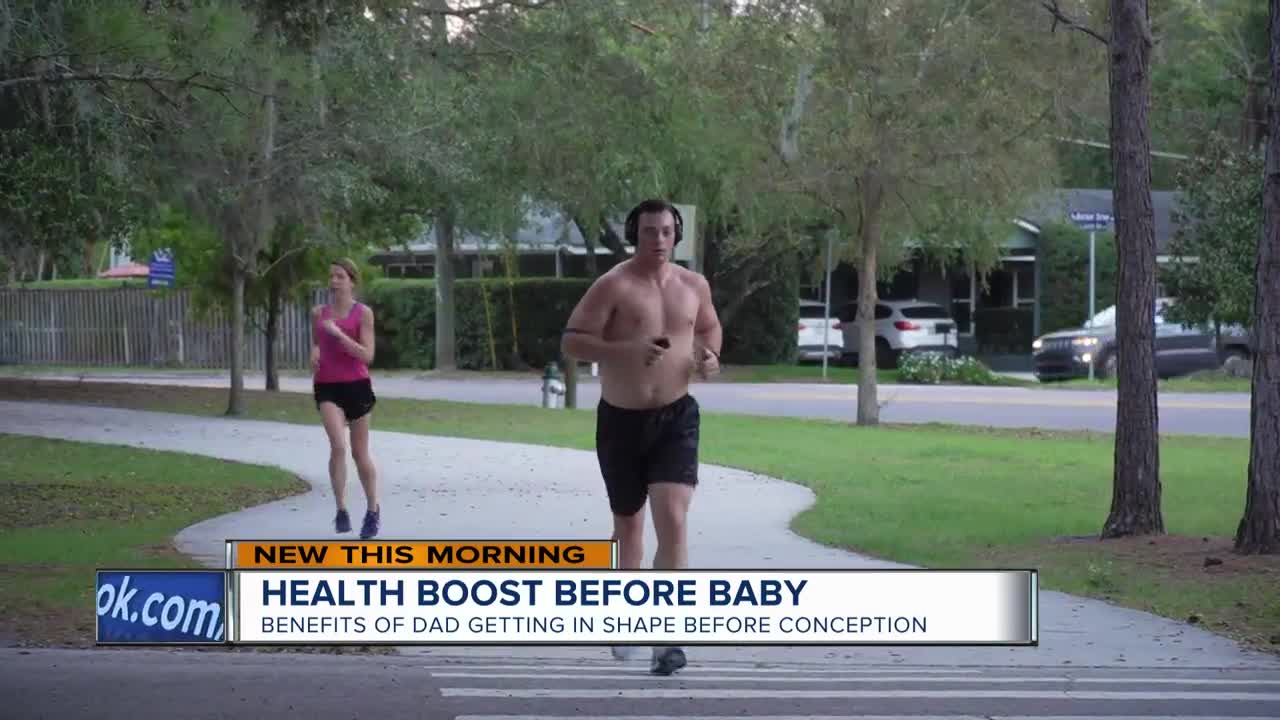 Scientists at the Ohio State University and Joslin Diabetes Center say there is mounting evidence that dad's exercise before conception plays a role in a child's body weight and glucose tolerance.

If you and your partner are thinking about having a baby soon, you're probably getting a lot of advice, and medical experts are adding to the list. Researchers say there's one simple thing you should do now that could improve your child's health in the future.

Hitting the gym or pounding the pavement, there's no shortage of reasons why exercise is a good idea.

But now, men can add one more to the list. New research suggests that doing this may improve the metabolic health of their future children.

Scientists at the Ohio State University and Joslin Diabetes Center say there is mounting evidence that dad's exercise before conception plays a role in a child's body weight and glucose tolerance.

Researchers studied mice and put some on a high-fat diet, while others were on a chow or healthy diet.

Half of the mice on high-fat diets were kept sedentary, while others were given access to exercise wheels.

After three weeks, they were bred with sedentary female mice.

Stanford says in humans, this could mean even moderate exercise by dad could negate a high-fat diet and improve a child's chances for good metabolic health.

So think brisk walking, swimming or mowing the lawn for 150 minutes a week.

"This is just one intervention that can occur before you're even born — a benefit you can confer onto your kids that can really protect them later in life," said Stanford.

Stanford and her colleagues say they think some of the improvements are occurring through changes in the sperm. Although they say they will need more research to determine why that's happening.

Earlier studies proved that when mouse mothers exercised their offspring also benefited. The researchers want to determine the effects on children if both parents exercise.