4-H program more necessary than ever 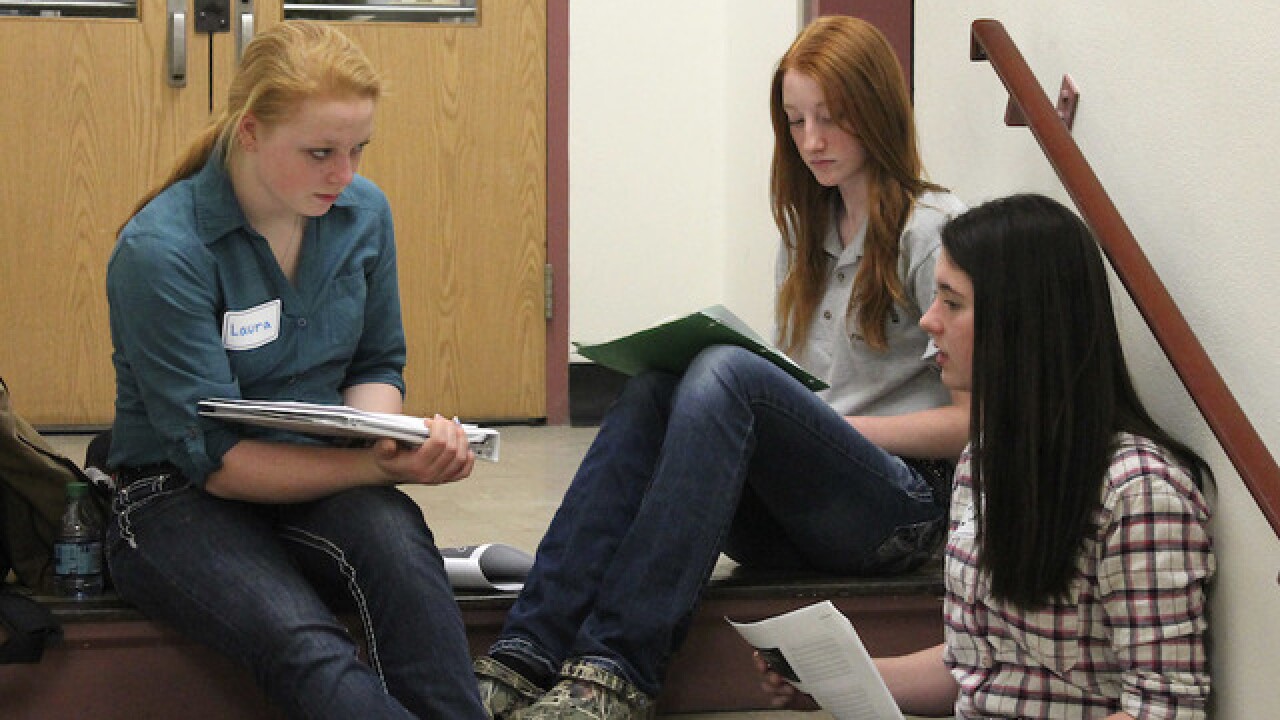 Allison Sandve
<p>In this April 23, 2016 photo, from left, Laura Johnson, Shea Moshier, and Ilsa Johnson, members of a 4-H team from Duluth, Minn., prepare for their presentation at the University of Minnesota in St. Paul on how drones could protect livestock from predators. They are taking part in the 4-H Science of Agriculture Challenge, which aims to nurture the next generation of agricultural scientists for a country facing a critical shortage of them. (Allison Sandve/University of Minnesota Extension via AP)</p>

ST. PAUL, Minn. (AP) — One team is developing GPS ear tags so cattle farmers can track herds from afar. Another thinks drones can protect livestock from predators. Yet another is developing a rechargeable portable warmer to prevent vaccines from freezing when dairy producers inoculate their herds in the winter.

These aren't corporate or university researchers, but teenagers in Minnesota's 4-H Science of Agriculture Challenge, which aims to nurture the next generation of agricultural scientists for a country facing a critical shortage. A study last year by the U.S. Department of Agriculture and Purdue University found that nearly 60,000 high-skilled agriculture-related jobs open up annually, but there are only about 35,000 college graduates available to fill them.

University of Minnesota Extension is developing the challenge, which is now in its second year and already attracting interest from other 4-H programs, such as Michigan's. Extension specialist Josh Rice says his team will present a workshop for national 4-H officials in October, and recently gave a presentation to youth development officials in Bangladesh.

"This program is going to have an extremely positive impact on getting young people to think about agricultural careers," Rice said.

In preparation for the finals on June 21-23, teams from across the state have spent months with coaches and mentors. Recently, judges helped them refine their presentations.

The ear tags are property of the Meeker County Ag Squad. Members Abbey and Bailee Schiefelbein, 16 and 13 respectively, said their family members were in church last year when their phones started ringing — the cows were loose. But the pasture was about a four-hour drive from their home in Kimball in central Minnesota.

So, the team of five girls and boys devised a system that farmers could use to track their livestock from far away, speaking with researchers who track moose with GPS radio collars. While the $2,500 collars were "a little expensive for a cowboy," they learned about a small transmitter in a $70 tracking collar for hunting dogs, and attached them to ear tags that cattle wear.

The South St. Louis County team from northeastern Minnesota wanted to find out whether drones could protect livestock from predators such as coyotes, wolves and bears. The three girls live in the transition area between farmland and forests, and they've all had predators threaten the animals they show for 4-H.

They visited the drone program at the University of North Dakota for advice, and then developed a concept using fixed-wing drones that would fly on autopilot for long periods to detect predators. Once found, electric helicopter drones would chase the predators away.

"There are some challenges we have to overcome. But we know with time and effort we can make it happen," said Ilsa Johnson, 14, of Duluth.

The judges were excited by the commercial potential in the vaccine warmer, and urged the Hot Shots from Dakota County in southeastern Minnesota to protect their commercial rights.

Vaccines can lose effectiveness and even become toxic if they get too cold while the milk production booster rBST thickens up, the four boys from Eagan and Northfield said. That can make shots more painful for the cow and harder for the farmer to push through the syringe, especially when giving 100 or more in quick succession.

They showed off a prototype battery-powered shoulder bag with a thermal reflective layer that keeps medications at the optimal temperature. All the hardware is off-the-shelf for about $86, and farmers get the outer bags free from a veterinary drug company. So, they said it should be possible to produce them at a price farmers will pay.

The Science of Agriculture Challenge is the brainchild of Dorothy Freeman, Minnesota's 4-H director, who said it helps young people identify problems and create solutions, while developing entrepreneurship, teamwork and presentation skills.

"Eventually, I believe that it will become a national program," Freeman said. "That's how 4-H tends to do it. They let one state drive it, work out the kinks, and then we start teaching other states."