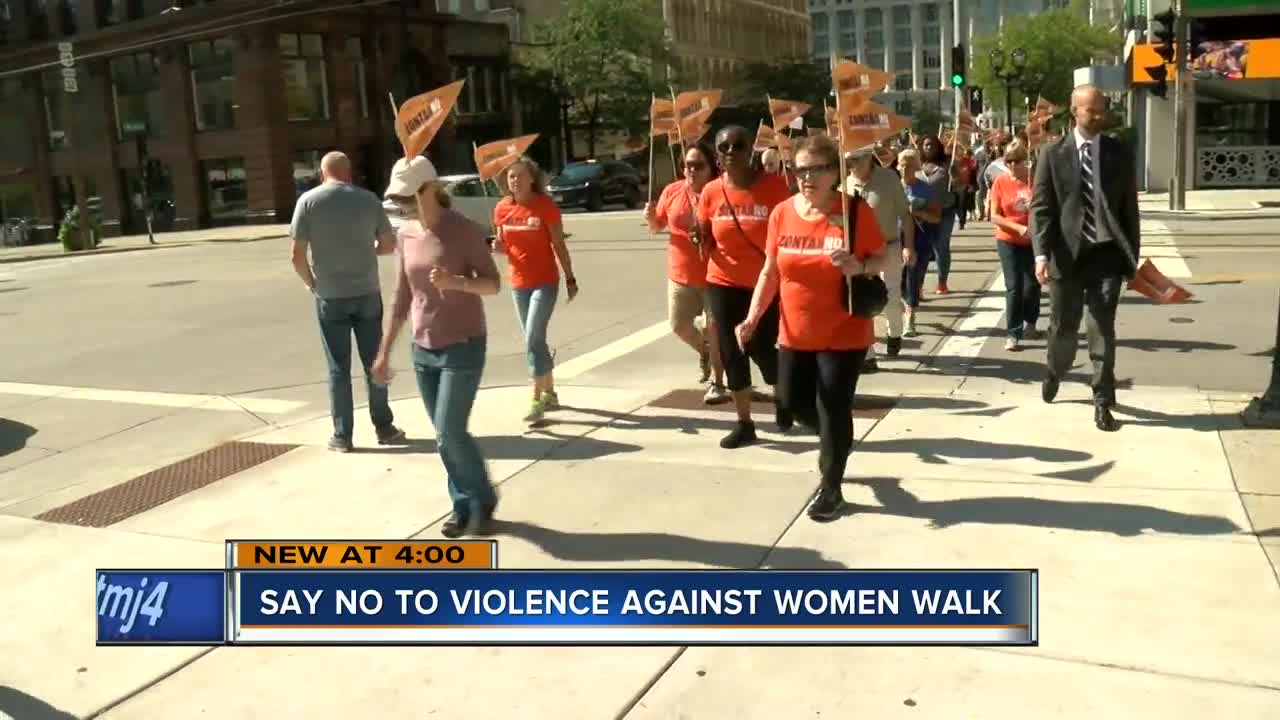 Say no to violence against women walk was this afternoon in downtown Milwaukee.

On a warm sunny day, dozens of people walked silently through downtown Milwaukee honoring people killed as a result of domestic violence.

"The main message is we need to pay attention. We need to care," said Donna Neal, advocacy chair for the Zonta Club of Milwaukee.

The Zonta 'Say No to Violence Against Women Walk' returned for its fifth year. The Zonta Club of Milwaukee is part of an international organization working to empower women and girls through service.

As dozens of people participated in the walk, many of them carried flags, some of which had the names of people who have died.

"The walk was very sobering," said Stephanie Mahler. "It was very emotional. I felt both angry and extremely sad that these people are gone."

Mahler said she was a victim of date rape many years ago. She said support for victims back then was not like it is today, and she hopes more people will take advantage of that change.

As the names of victims who died in 2018 were read out loud, you learned they came from across the state. They include women and men. Some were as young as 18 and as old as 74.

"I’ve been in law-enforcement for 24 years," said Milwaukee Police Captain John Corbett. "I’ve seen a lot of things during that time, but the incidents that stand out the most are the incidents of domestic violence because it impacts so many people, not just the victim."

Whether it is policy change relating to firearms or supporting local resources, there was a united call from community leaders to act.