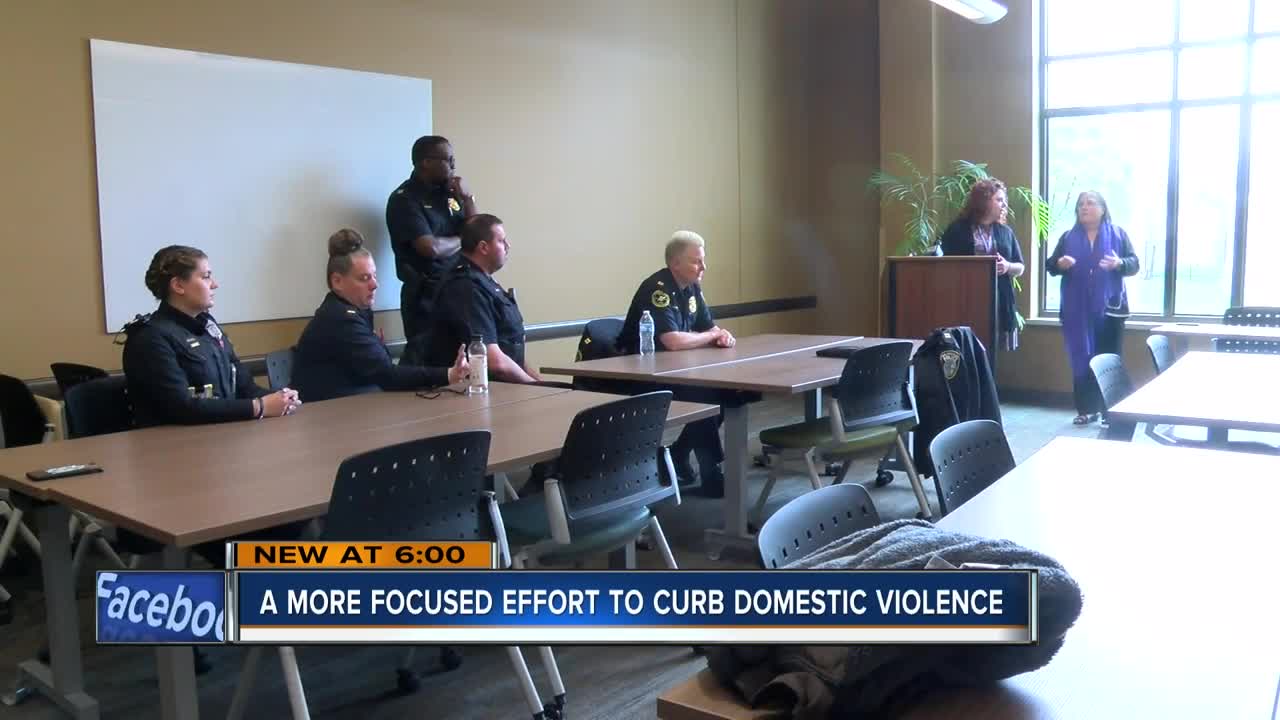 In recent months, domestic violence has been tied to multiple homicides in the Greater Milwaukee region. Now local agencies are stepping up their efforts to combat the issue.

In recent months, domestic violence has been tied to multiple homicides in the Greater Milwaukee region. Now local agencies are stepping up their efforts to combat the issue.

Carmen Pitre and her colleagues at the Sojourner Family Peace Center are working hard at tackling the issue of domestic violence, especially to prevent it from turning deadly.

"One homicide is too many in our opinion," Pitre said. "We're trying to get the message to survivors that there is help. It's not your fault, and you know we have resources."

They're not alone in the fight. In 2017 the center and the Milwaukee Police Department joined together to create the domestic violence high risk team, a specialized group that looks into cases that could escalate.

"88 percent of the cases that make it to the high risk team get some type of advocacy and work through the Sojourner Family Peace Center so there's no future violence for those victims," Captain John Corbett said.

Members said the program needed a boost, so at the start of May they standardized the program to include officers from all police districts. Milwaukee Police have always been responsible for responding to domestic violence incidents, but now each district will have a designated officer to enhance intervention.

Captain Heather Wurth of District 4 said it shows they're committed to the issue.

"It increases the sense of urgency that we have as it relates to domestic violence," Wurth said.

With more hands on deck, they'll have greater opportunities to stay one step ahead whether that's by reaching out to the community and offenders, or making home visits.

"If we can create a much greater awareness and much greater resources that begin at the ground level at the districts," Wurth said. "I think that we'll hopefully be able to abate some of this violence."