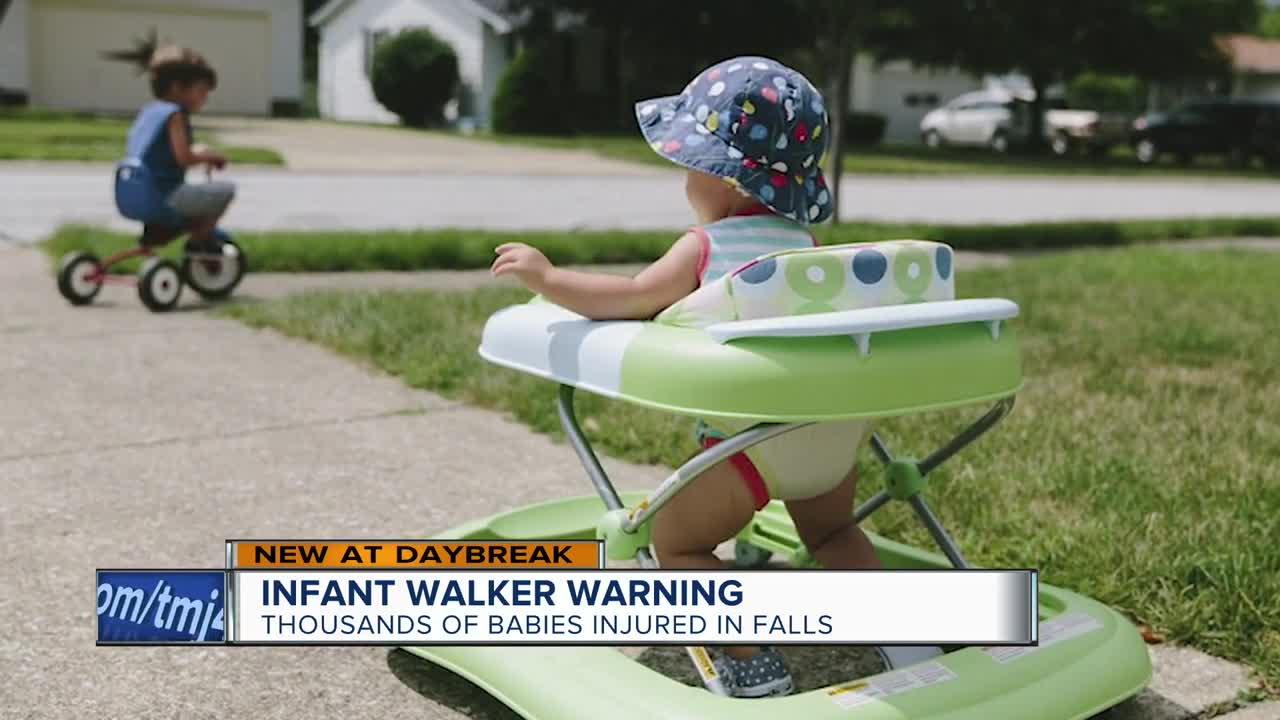 The Consumer Product Safety Commission recognizes September as National Baby Safety Awareness month, making now a good time for parents to take stock of toys or products they have in the home that might be unsafe. 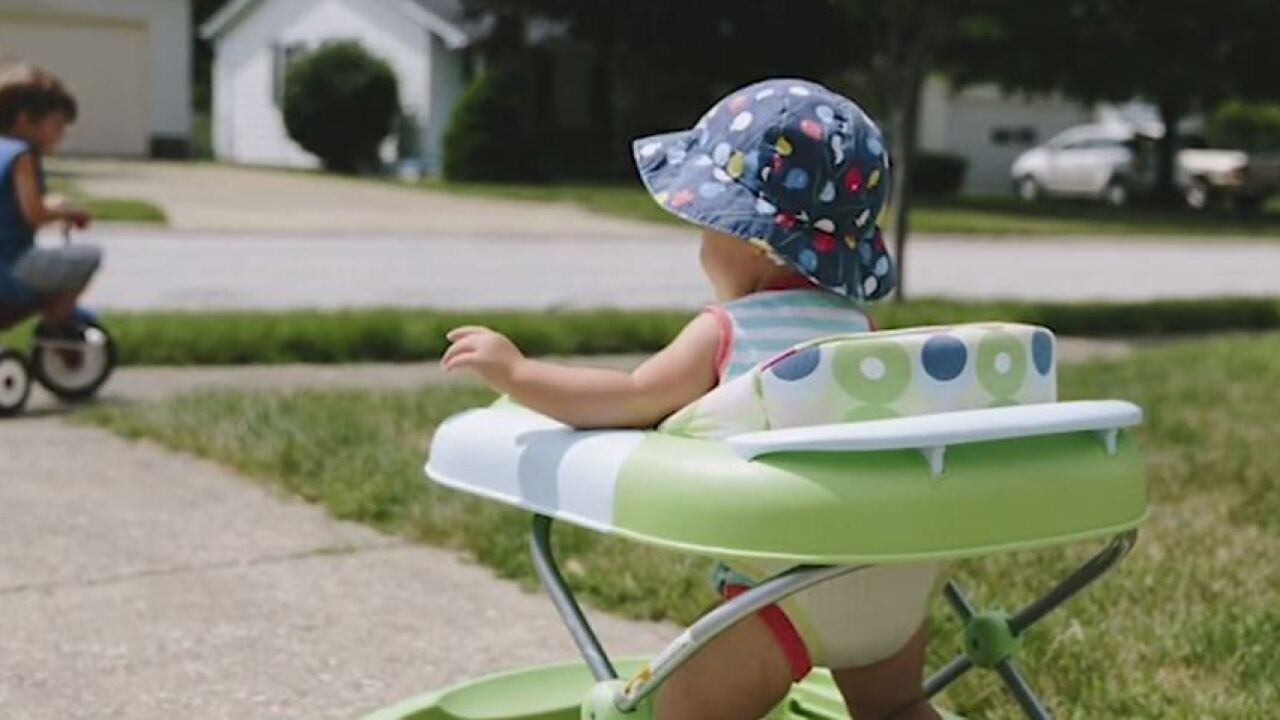 COLUMBUS, OH — The Consumer Product Safety Commission recognizes September as National Baby Safety Awareness month, making now a good time for parents to take stock of toys or products they have in the home that might be unsafe. Researchers say for one, infant walkers are still sending two-thousand babies a year to the emergency department, despite federal safety standards and years of warnings.

It’s exciting for parents to watch their babies up on their feet, but infant walkers with wheels are toys that emergency room doctors and pediatricians have come to hate.

Gary Smith, MD, DrPH, Director, CIRP, Nationwide Children's Hospital says, "Parents don't understand how quickly they can move. They can move up to four feet per second in a walker."

Dr. Smith studied injuries from infant walkers since new safety guidelines were adopted in 2010. Among other things, it strengthened the testing of baby walkers to see if they come to a stop when a wheel goes over a step. During the study period, the number of injuries dropped dramatically from twenty thousand six hundred fifty in 1990 to two thousand and one in 2014.

"It's still not enough. We need to eliminate the hazard. We need to make these products unavailable," continued Dr. Smith.

Researchers say some parents think the activity will help a baby strengthen their legs.

"That has actually been proven to be false. Not only does it not help you walk more quickly, but it actually can delay your walking because it’s teaching the child to walk in a different way," explained Tracy Mehan, Manager, Translational Research Team at CIRP, Nationwide Children's Hospital.

Instead of infant walkers, researchers suggest an exersaucer with activity center.

"There’s plenty of toys to keep the child entertained. It can spin, but it doesn’t have wheels," said Mehan.

Mehan cautions parents not to try do-it-yourself walkers, which have been featured on social media sites. Also, be wary of hand-me-down infant walkers.

Baby walkers are banned in Canada. Last year, the American Academy of Pediatrics called for a similar ban on the manufacture and sale of infant walkers in the U.S.