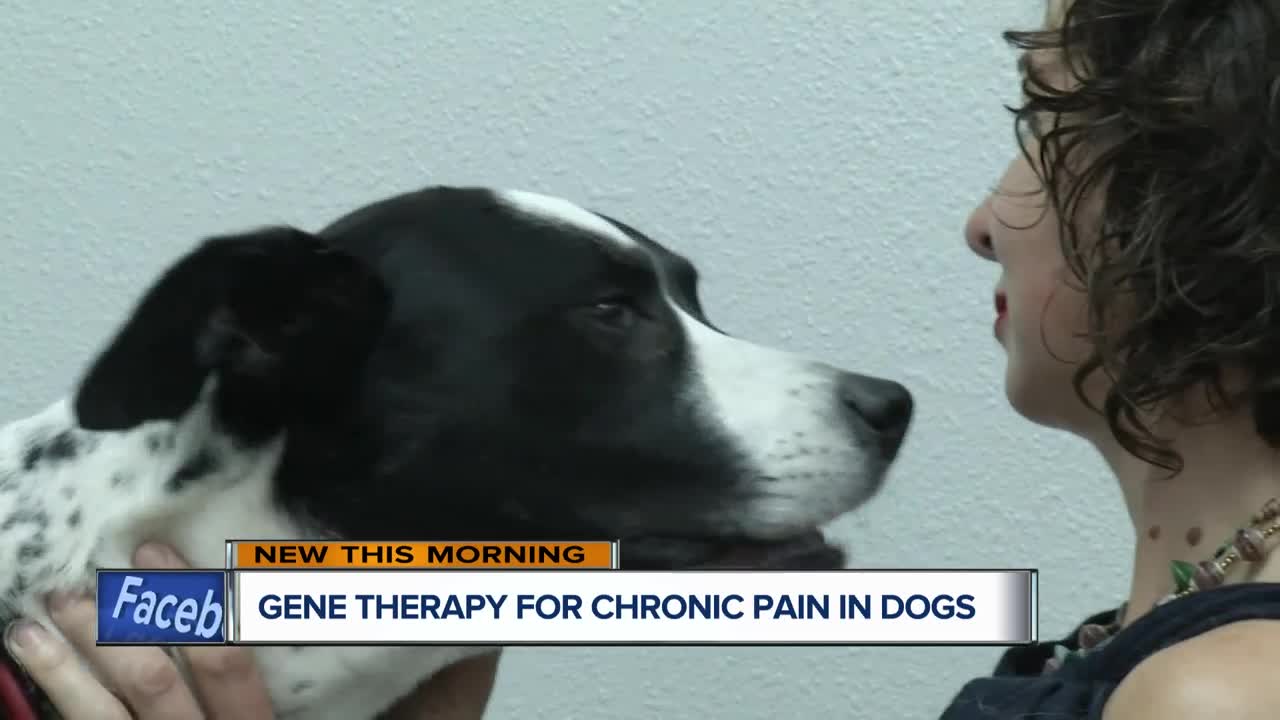 One experimental treatment is now giving new hope, and a second chance at life, to dogs in pain.

BOULDER, Colo. (Ivanhoe Newswire) -- Watching our pets suffer in pain is difficult. Chronic pain, either from accidents or from old age, is one of the most common reasons dogs are euthanized. It's something no pet owner ever wants to face. But one experimental treatment is now giving new hope, and a second chance at life, to dogs in pain.

Like most moms, Taryn Sargent loves her boy, Shane.

A car accident 20 years ago left Taryn with a brain injury and seizures she'll probably never recover from. For the last decade, Shane has been by her side.

"The comfort that I get from Shane is just …" continued Taryn.

Eight years ago, Shane was in a car accident too.

"Instead of taking him for a 10 minute walk to go to the bathroom, he could go for five minutes and then I'd be carrying him home," explained Taryn.

Desperate for help, Taryn found Rob Landry who was sick of putting dogs down because of pain.

Landry teamed up with neuroscientist, Linda Watkins, who developed an experimental gene therapy that revs up the production of interleukin-ten.

Linda Watkins, PhD, Neuroscientist, University of Colorado at Boulder said, "So the dog cells become the factories that make the therapeutic. They're releasing this anti-inflammatory cytokine."

It's a one-time injection into the joint.

"After treatment, they get their doghood back. And it is so amazing to see," Dr. Watkins continued.

Shane was treated two years ago.

Dr. Landry said, "We want them to live their lives, not just exist and this kid's living his life now like there's no doubt to me."

And more good news, Taryn went from having up to 18 seizures a month to less than five. Landry and Watkins are currently recruiting dogs to be part of this promising research. It has not been FDA approved yet, but every dog has improved so far and there have been no negative side effects. It's been so promising that this same therapy is now in clinical trials for chronic pain in humans in Australia and California