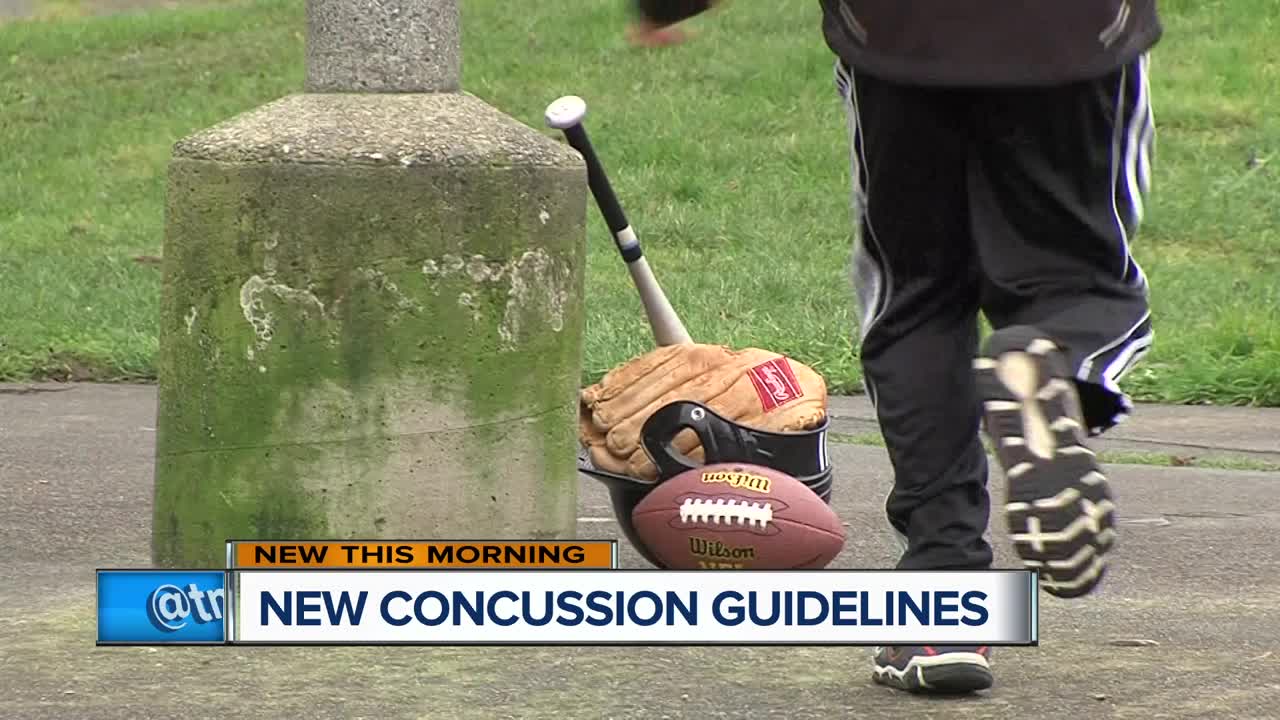 There are some new suggestions for what should happen after your child gets a concussion.

ST. LOUIS — Between 1.1 million and 1.9 million children and teens have a concussion every year. It’s a common injury and one that needs to be taken seriously. There have been strict rules on what kids can and can’t do after they have a concussion. But new guidelines, the first update in eight years, are relaxing the rules a bit making it a little easier for kids to recover both physically and mentally.

Angelo Neumann had four concussions by the time he was nine.

“At home, we just have to be extra cautious that he doesn’t hit his head,” said Mark Neumann, Angelo’s dad.

Softball star Hali Jester had a concussion too. She didn’t sit out to recover then had a devastating second one.

“When athletes continue to play after their concussion and they don’t come out immediately, those kids have much worse symptoms and it actually oftentimes doubles their recovery time,” stated Dr. Halstead.

Previous guidelines said to completely rest the brain after a concussion.

“We had some people who said, ‘that doesn’t sound exactly right’, because we’ve tried that with things in medicine before that doesn’t usually get people better,” Dr. Halstead continued.

New guidelines have flipped that old thinking on its head. While kids don’t go back to normal activity right away, light exercise like a 20-minute brisk walk as early as a day after an injury is beneficial.

Dr. Halstead explained, “The research out there shows that when we start doing some light physical activity earlier on in the process, people recover quicker.”

Previous guidelines suggested limiting electronics. But cutting off a kid’s social network can lead to isolation, anxiety and depression. The new rule? Electronics are ok.

“We don’t want someone to be, you know, on restricted use of them, but also that there’s no harm necessarily in using them,” Dr. Halstead said.

Another change - kids shouldn’t be kept out of school for a prolonged time, but limiting academic workload may be necessary.

“Being totally inactive is not good for our bodies either,” explained Dr. Halstead.