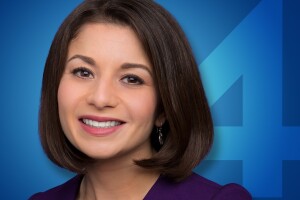 Lauren Linder is passionate about sharing stories that impact the people of southeast Wisconsin and promote change. She joined TMJ4 as a reporter in February 2019, ready to hit the ground running.

She comes to Milwaukee from WTEN-TV in Albany, NY, where her reporting spanned far and wide, from city life and politics in New York's Capital Region, the Berkshires in Massachusetts, and a county in Vermont. Lauren covered several stories of national interest, including the past history of sexual misconduct at Emma Willard School, the Christmas quadruple homicide in Troy, and the time a young girl got stuck on a cable ride at Six Flags.

She was honored to receive a New York State Broadcasters Association Award for Outstanding Spot News for her coverage of a major fire that impacted a number of businesses and residents in the city of Cohoes.

However, Lauren's no stranger to Wisconsin. Before moving to Albany, she worked as a Multimedia Journalist, Producer and Anchor at WSAW-TV and WZAW-TV in Wausau. There, Lauren reported on the investigation into the overprescription of opioids at the Tomah Veterans Affairs Medical Center, the 2016 presidential rallies, and the Antigo High School prom shooting.

Lauren is from Connecticut, just outside the New York Metro Area. She graduated from the Indiana University School of Journalism, specializing in broadcast journalism. What she loves about being a reporter is having the opportunity to meet and talk to new people, and the unpredictable nature that comes along with the job. She feels one of the most important parts of her job is digging for the truth to get you answers.

Lauren is in love with Milwaukee! When she's not at work, she enjoys traveling, trying new restaurants, and going to the theater.